Posted by Jan-Christian in Cartagena, Colombia on December 11, 2010

On Wednesday we received the three Norwegian winners of a writing contest by the Norwegian Foundation Golden Colombia and their webpage Cocaine.no.

We surprised the three winners at the airport with an overloaded Chiva (party bus) filled with crazy kids from the Barrio Los Communeros. It was a wild ride and a shocking welcome to the Caribbean.

In the town centre of Cartagena the leader of Golden Colombia meets a Vallenato band that he knows. They strike up quite a performance!

Golden Colombia works to make known the tragic effects of cocaine use in the west has on the people of Colombia. Also the foundation try to show the other side of Colombia that is not violence and destruction, but hardworking decent and honest people with a unique culture not known to most of the world.

Posted by Jan-Christian in Colombia, Tips on November 17, 2010 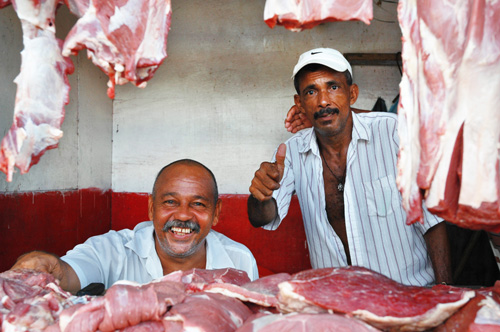 Do you like your life the way it is? If you do… DON’T GO TO COLOMBIA. Stay as far away from the old city of Cartagena as you can. Don’t come close to incredible nature reserve of Tyrona, the salsa capital of Cali or the eternal spring in Medellin. Just stay away. I am NOT joking! The commercial from the Colombian Tourism Agency is not a commercial at all. It is a serious and truthful warning to you as a traveler; if you go to Colombia, the only risk you take, is wanting to stay.

END_OF_DOCUMENT_TOKEN_TO_BE_REPLACED

Life is a carnival – Cartagena, Colombia

Posted by Jan-Christian in Cartagena, Colombia, Uncategorized on November 8, 2010

Cartagena has their carnival in November in contrast to the usual carnivals that are held in February around the world. The Cartagena carnival is for Cartagena only and it is a four day festival of parades in the streets and on water. It is a crazy atmosphere in the city and make sure not to wear your finest cloths as you will most certainly be bombarded with water, flour and paint.

END_OF_DOCUMENT_TOKEN_TO_BE_REPLACED

Posted by Jan-Christian in Ecuador, Photos, Quito on November 4, 2010 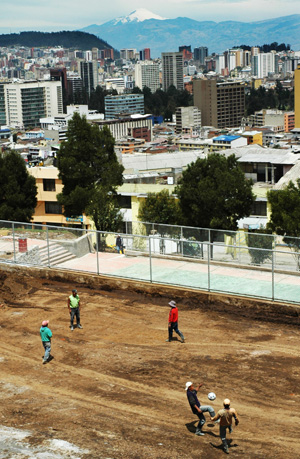 These photos are from my trip to Ecuador in 2006. I especially like this picture, where the workers at a construction site are playing football, with the incredible scene of the city of Quito in the background. This city, so high in the mountains that, even though it is almost right on top of the equator, you can still see the snow covered mountaintops in the background. END_OF_DOCUMENT_TOKEN_TO_BE_REPLACED

Posted by Jan-Christian in Isla Margarita, Photos, Venezuela on November 3, 2010

I took this photo in Isla Margarita in Venezuela. I don’t remember exactly where on the island I saw this house, but I believe it was close to Juan Griegor and that it belonged to an old monastery. I just love that cactus fence!